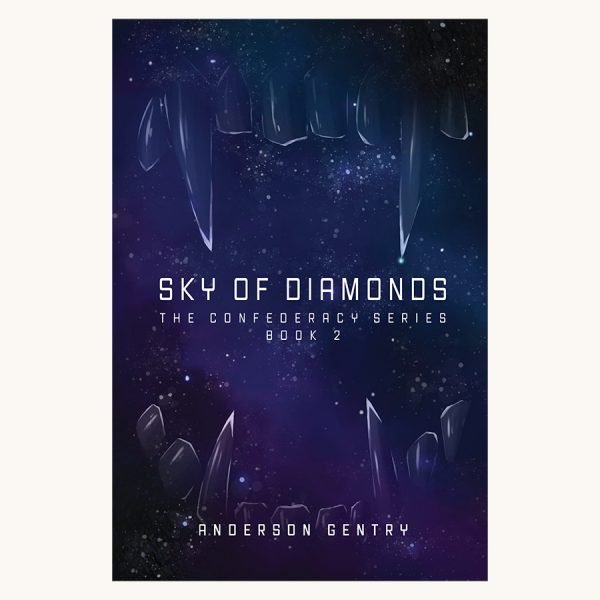 In space, even the hottest blood runs cold.

Driven by desire. Goaded by dark instinct. They are driven to secrecy, and hide in plain sight among the Confederacy’s trillions of ordinary humans.

After the Grugell War, a tentative and fragile peace has settled over the Confederacy. During this period of peace, prosperity, and exploration, evidence of an ancient legend has surfaced.

Are the apparently immortal Elites monsters or guardians? Predators or professors? Wellsprings of evil or fonts of wisdom?

Do the Elite themselves even know the answers?

From the wards of a Confederate Navy hospital ship, to an outlaw world, to a burgeoning new colony, the Elite are slowly making their presence felt. The Confederacy and, indeed, humanity itself, will never again be the same.

Be the first to review “Sky of Diamonds” Cancel reply